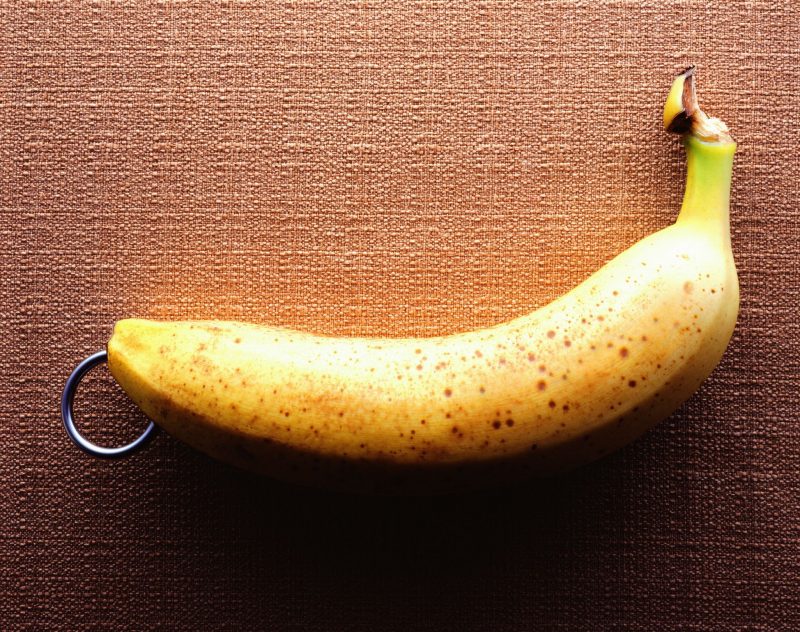 When someone mentions Prince Albert, most of us initially think of that stupid “Have you got Prince Albert in a can?” prank. Some of us pretend we know about British royalty and start talking about it. By pretending not to be ignorant, we make ourselves look even dumber.

However, those of you who know what a Prince Albert is know that it’s something completely different. Note: the word “completely” hasn’t been used lightly. Prince Albert is actually a name for a specific penis piercing that goes right on the head of the penis. It’s safe to say PA is one of the wildest male genital piercings out there. The first time you see it, it’s an uncomfortable look that will make you question life. However, some people do it (voluntarily, we might add) and find great enjoyment in it. Before we get into why people decide to go through with it, let’s take a look into what it is exactly.

What Is a Prince Albert Piercing?

As we’ve said, Prince Albert piercing is a type of jewelry for your penis’ head. There are nine basic types of piercings for your penis, and this one concerns your glans. Basically, the piercing procedure includes making a hole in your frenulum (elastic tissue just under your glans). Then, you take a circular barbell and push it through until it exits via your urethral orifice, i.e., your third eye. There’s a captive bead on both sides of the barbell to keep your jewelry piece in place.

This is the most common version, but there are some variations to it. First of all, you can add some paraphernalia to it to make it stand out and look different. There are also two subtypes of it. For instance, Reverse Prince Albert piercing goes around your glans instead of underneath, while Prince’s Wand uses a T-shaped piercing around your tip.

Prince Albert got its name from — Prince Albert, Queen Victoria’s husband. There are (unconfirmed) rumors that the Queen’s husband had a penis piercing to help him with Peyronie’s disease (a bent penis). Others suggest that it was a thing of fashion back then as he wanted his penis to look nice in tight trousers. While we don’t know for sure whether Albert had a piercing or not, we know for a fact he wasn’t the pioneer. Kama Sutra, written long before Prince Albert was born, suggested similar piercings for men’s pleasure. True or not, the prince consort’s name lives on through our frenula.

Why Do People Wear It and Does It Hurt?

First of all, like genital piercings in general, Prince Albert is not a common one. You won’t find many guys who will appreciate the idea of it, especially knowing the fact that they need to do something painful to their dicks. However, the people who do go through with it do so because of two reasons. The first one is the aesthetics. People who are into piercings and body modifications like to pop jewelry into their body in places other than just ears and fingers. Aside from the looks, there’s also the kink factor. They just enjoy looking at their bits and seeing a nice curved ring popping out of their glans.

The Cost of It

The process of getting it done is a painful one — let’s not sugarcoat it. It’s not a pleasant thing you want to go through. The procedure is usually the main deterrent for men who might have given it a thought.

The healing time usually lasts for several weeks, depending on your body and how they’ve done the procedure. During this time, you can expect to frequently see blood down there, but that’s standard and nothing you should be afraid of. And yes, to answer your question, you do pee from both holes. That’s something you need to get accustomed to as well.

What Are the Risks?

It’s crucial you go to someone who has a lot of experience with genital piercing. They have to know exactly what they’re doing and carry out the procedure carefully. Otherwise, you may risk getting an infection inside your penis, which is something you want to avoid.

The bottom line is Prince Albert provides different, more intense sensations. You can’t tell if you’ll enjoy the change or not until you’ve already gone through with it. That’s, perhaps, the biggest risk of it all.

Can I Still Wear a Cock Cage?

Let’s say you like to wear a chastity device for men, and now, you have Prince in the way. Can you still do it? If you remember what we said about condoms, the story’s the same with a cock cage. You can still do it, but it’ll be different. In fact, PA is the genital piercing most compatible with cock cages. You don’t need to use rings to keep the cage attached to your body as you can use your PA piercing. There are plenty of cages that they’ve specially designed for men who have a PA in their cocks. If you still don’t believe us, then take a look at this lockthecock favorite! Told you so!

Prince Albert can be a lot of fun, but it’s not for everyone, and there’s a lot to think about beforehand. Before you go through with it, make sure you’re absolutely positive you want one.